How Much Does Mobile App Development Cost in Singapore?

As soon as businesses in Singapore and worldwide realize the benefits of investing in mobile app development, there is no going back for them.

With the availability of high-quality talent at reasonable prices, Singapore has become a go-to destination to choose a mobile app development partner for startups, SMBs and enterprises.

Even according to the 2019 Global Talent Competitiveness Index, Singapore secured the second globally and first position in the Asian Pacific region.

With that, it’s quite common for a business to enquire about: how much does it cost to build an app in Singapore?

Well, there is no straightforward answer to that.

Mobile app development costs can significantly vary depending on a number of factors including the type of app, complexity in terms of design and features, platform and among several other factors.

In this post, we’ll shed a light on all the key factors affecting the mobile app development cost in Singapore. Let’s begin!

By multiplying the total development time with billable hours of resources deployed on your project, you can figure out a rough estimate for your mobile app development cost.

As mentioned before also, many factors influence the overall mobile app development cost.

Thus, continue reading to understand how various factors affect the cost so that you can have a better idea of how much budget you need to build a mobile app for your business.

Factors Determining the Cost to Build an App in Singapore

Have a look below at key factors that impact the overall mobile app development cost.

App discovery is the pre-development stage of the mobile app development process that lays the strong foundation for the following stages of the process: design, development and deployment.

While it may seem like an app discovery phase is an added expense for your project, it’s worth it as it mitigates the risk of developing the wrong thing.

Thus, at InfoStride, we give utmost importance to the app discovery phase, wherein we understand your app vision and the business goals you want to achieve.

This pre-developing stage generally takes days to weeks depending upon the scope of the project.

2. The Complexity of the App

With around 1.96 million apps available on the Apple App Store and 2.87 million apps on the Google Play Store, customers today have the autonomy to go ahead with a solution that strives to provide them with an unmatched user experience.

Thus, building an ultimate UX/UI design is a must for your app to entice users.

Another significant factor to determine how much does it cost to develop an app is the choice of platform: Android, iOS or both. Accordingly, you’ll be able to decide on the development approach.

But to first determine which platform to target, you can consider the following aspects:

In Singapore and worldwide, Android outsmarts iOS in the mobile share market. But with a market share of 59.87%, iOS beats Android in the USA alone.

Another factor to consider is the fragmentation issue.

While there are a limited number of devices running on an iOS operating system (iPhone, iPad and iPod) with the latest iOS version in most cases, we have so many smartphones and tablets running on Android with different screen sizes and OS versions.

Thus, the development complexity increases with Android app development as you have to make your app suitable for all Android devices out there to ensure a seamless experience for every Android user.

The development approach you choose will influence the mobile app development cost in Singapore.

As the app is developed for a specific platform, it results in excellent user experience and high performance. Thus, native mobile applications are expensive to build.

A cross-platform app development approach empowers you to build a mobile app for both Android and iOS platforms with a native-like functionality using a single codebase. Thus, it requires less effort from developers which makes it a cost-effective development approach.

You can hire Flutter developers if you want to build a cross-platform app with a strong focus on UI. On the other hand, hiring React Native developers is ideal for complex apps.

Developed using the combination of native as well as web technologies, hybrid mobile applications are web apps packaged in a native app. The hybrid app development approach is the most cost-effective solution as compared to others.

If it’s about developing a simple app, then hiring freelancers is a cost-effective development solution.

You can expect to pay SGD$25 per hour for hiring freelance mobile app developers in Singapore.

But as the mobile app development process entails different stages such as design, coding and testing, this approach may cost you more as it would require you to onboard a UI/UX designer and tester for end-to-end development.

Moreover, it may bring challenges to the table such as communication gaps and transparency. This can result in low-quality development.

Though mobile app development companies are fully equipped with infrastructure and resources to build apps, you may have little to no control over how outsourced resources work.

With this model, you can even scale up or down the resources on-demand with complete control over the team.

Hiring dedicated remote developers from a software development company save you from the administrative hassle as well such as screening candidates, setting up infrastructure payroll, compliance and others. This, as a result, unlocks time-saving and financial benefits for you.

Cost Breakdown Based on Type of App

To help you estimate the budget for developing your app, have a look below at some raw estimates of common app categories.

Mobile app development is not a one and done process. After developing a mobile application, there are also other stages such as deployment, testing and continuous maintenance that add an expense to the app development cost. Let’s have a look at them to avoid hiccups in the future.

Once your app is ready to launch in the market, you need to go through the app publishing process to the Apple App Store and/or Google Play Store, which adds a little expense to the overall app development cost.

Apple App Store has a rigorous app approval process and it charges $99 per year. On the other hand, Google Play Store charges a one-off $25 payment to publish your app.

Mobile app testing is a complicated process due to the availability of mobile devices with different screen sizes. To make sure that your app works flawlessly across various operating systems, device types and screen resolutions, requires thorough testing and quality assurance.

While some mobile app development companies may cover the charges for testing part under the cost of building an app, others may charge additionally as a service.

Thus, it’s better to ask before joining hands with a mobile app development partner you want to work on your app.

Unfortunately, mobile app development costs do not come to an end after launching the app. You have to keep doing minor or major tweaks such as bug fixing and design changes into your app to meet the user’s expectations, which adds to the development cost.

You can expect to pay around 20%-25% of an app’s total budget on a yearly basis.

If you need to build a mobile application with extensive security protocols to protect business-sensitive information or personal information, it increases the overall app development costs.

Infrastructure costs entail expenses for mobile app hosting, data storage and data processing. This, as a result, demands redundancies and load balancers for security and backup. It adds to both the complexity of the project and overall app development cost.

So, how much does it cost to develop a mobile app in Singapore? This post has made it crystal clear that there is no exact answer to that due to numerous influencing factors.

What if you want a clear-cut estimate for your mobile app development project? InfoStride is a full-service software development company with a team of more than 400+ developers and end-to-end expertise in building mobile applications for varied business verticals.

You can schedule a free consultation session to get a precise cost estimate to build your app or hire dedicated remote mobile app developers today. 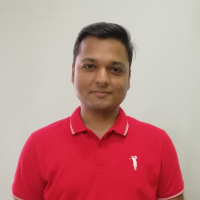 Akash is a senior digital marketer and has an acumen for business branding and marketing. He can tell you exactly what type of marketing strategies can get you in front of customers, right from inception to implementation.

How To Build MVP: Step-By-Step Guide

Coined by Frank Robinson in 2001 and popularized by Steve Blank and Eric Ries, MVP has become a go-to strategy for worldwide entrepreneurs and startups to build software products that customers truly want and get funded. According to CB Insights, 42% of startups fail due to “no market need” for their product and the high competition,… END_OF_DOCUMENT_TOKEN_TO_BE_REPLACED

Singapore is a hub of fast-growing startups including unicorns and soonicorns. As per PwC findings, there are more than 4K tech-fueled startups in Singapore.

To ensure your project is delivered on time